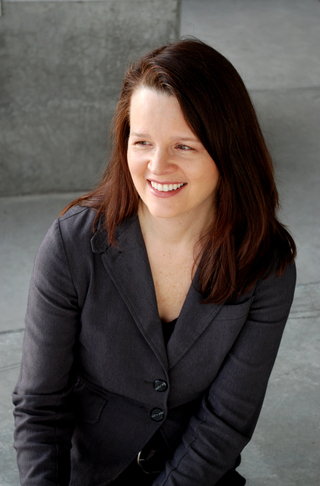 Aurelie Sheehan was born in Verdun, France, and grew up in Connecticut. She received a B.A. from Hampshire College in 1984 and an M.A. from The City College of CUNY in New York in 1990.

Since 2000, she has been on the faculty at the University of Arizona in Tucson. Previous teaching positions were held in the Part-time Graduate Program at Johns Hopkins University, Sheridan College, and The City College. She also ran the Poetry Series at the Folger Shakespeare Library in Washington, DC for three years, coordinated the residency program at the Ucross Foundation in Wyoming, and worked as an assistant editor at Child Magazine.

Her collection of short stories, Jack Kerouac Is Pregnant, was published in 1994, with a paperback reissue in 2001, both with Dalkey Archive Press. She is the author of two novels, The Anxiety of Everyday Objects, published by Penguin in 2004, and History Lesson for Girls, published by Viking in 2006, with a Penguin paperback released in 2007. A novella, This Blue, came out as a Ploughshares Solo in 2013. Her collection of shorts, Jewelry Box: A Collection of Histories, came out in 2013 (BOA Editions, Ltd.), followed in 2014 by a collection of linked stories set in Tucson, Demigods on Speedway (University of Arizona Press).

She has received an Arizona Commission on the Arts Artist Project Award, a Pushcart Prize, a Camargo Foundation Fellowship, and the Jack Kerouac Literary Award. She’s been a writer in residence at the Sanskriti Kendra in New Delhi, India; the Tyrone Guthrie Centre in Annaghmakerrig, Ireland; and the Ucross Foundation in Clearmont, Wyoming.

Sheehan lives in Tucson with her husband and daughter.

Once into the Night
57 stories + truth + lies +
Demigods on Speedway
Contemporary stories with a mythological bent.
Jewelry Box: A Collection of Histories
Very short stories with a sense of self
History Lesson for Girls
"Lyrical, assured, heartbreaking."
--Kirkus Reviews (starred review)
The Anxiety of Everyday Objects
“Deliciously wacky debut novel... Hilarious, sly, sharply observed, and one of a kind.”
--Kirkus Reviews (starred review)
Jack Kerouac Is Pregnant: Stories
“Take a ride with Sheehan, and you will look differently at the world.”
--The Washington Post

Common Reader Interview with John Griswold on Once into the Night
Guernica--"The Suit" from Once into the Night
Lit Hub--"Wolf in the Basement" from Once into the Night
VQR -- Feminist Forms: Leaving Realism Behind in New Fiction by Women by John Domini
Cagibi--"Oscar Wilde & My Brother" and "Nudity" from Once into the Night
On the Seawall--"Winter" and "Forgetting" from Once into the Night
"High in High School by Madam X," March Shredness 2018
"Ten Body Stories," Conjunctions 69: Being Bodies 2017
"Map of Arizona," Territory: Arizona Atlas 2016
"My City (or, On the Idea of Making It My Own)" Glimmer Train Bulletin
"Aurelie Sheehan Sneaks Up on Plot" - The Story Prize Blog 2014
"The Three Graces" - The Southern Review 2014 (audio)
Speaking of Marvels Novella Interview: <i>This Blue</i>
Ploughshares Solos: This Blue
Terrain.org: Three Histories 2014
"On Changing My Mind: Occassional Essays by Zadie Smith" - Essay Daily 2013
Inside Higher Ed: The Education of Oronte Churm Book Review of Jewelry Box 2013
Willow Springs Notes on Short Fiction and Jewelry Box 2013
"Aurelie Sheehan Comes out of Hiding" - The Story Prize Blog 2013
"Recognition" Guernica 2012
"Sweet Home Arizona" - The New York Times 2011
"Pain" Guernica 2009
"Bambi's Mother" Five Chapters 2007
"Big Truck" Guernica 2006
"Wedding Party" Smyles &amp; Fish 2006
"Pill" and "Bathroom" Spork 2006
A selection of histories from Spork 2004
History Lesson for Girls Reader's Guide
The Anxiety of Everyday Objects Reader's Guide
Jessica Lee Jernigan interview with Aurelie
Aurelie Sheehan on Lydia Davis
Trident Media Group
E-mail the Author
Loading…}